One of the biggest music stars of all time is coming to Nashville.

On Monday, The Hollywood Reporter announced that Elton John will be playing himself in the penultimate episode of the ABC series airing on May 18. He is set to perform with Gunnar, which ought to be a memorable experience.

This episode ought to do well for the series since rumor has it that this could be the final season.

In a previous interview with The Hollywood Reporter, Connie Britton, who plays Rayna, said she didn't know the status of where the future lies for the show. While some TV shows have a habit of wrapping things up for the remaining episodes, Britton added that she's not sure if that's what the writers have planned.

"I don't feel like I'm ever privy to these conversations," she said. "But as far as I know, there hasn't been any conversation like that."

The actress then dished on what's next for her character now that she and Deacon have taken the next step at their wedding. This is bound to give Rayna more wisdom especially since she's in a much different relationship than what she's had in the past.

"To some degree, her marriage to Teddy was a way of trying to cut herself off from her feelings for Deacon, so I think she only learned from her past marriage," Britton said. "I think she learned from almost marrying Luke Wheeler. And I think those things all sort of helped her to get to this place where she's like, 'You know, I'm just going to do what I probably wanted to do my whole life.'"

Nashville airs on Wednesdays at 10 p.m. ET on ABC. 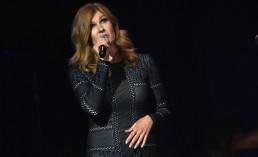 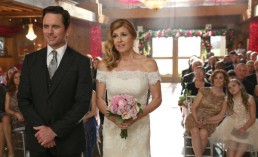 'Nashville' Season 4 Spoilers: Is Series Going To Get Canceled After Fourth Year? [VIDEO] 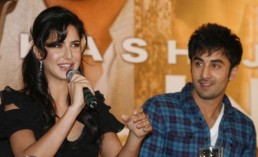 Katrina Kaif, Ranbir Kapoor Breakup: Are Bollywood Stars Speaking To Each Other Amid Reported Split? [VIDEO]