Last night, Donald Trump didn't just lose in Wisconsin, he lost BIG TIME. And now it looks like his campaign is in the midst of some serious infighting with two high-level advisers squaring off over control and figuring out the best strategy for the Donald to earn the Republican nomination.

Counting the half-dozen he picked up in Wisconsin, Trump's current delegate count now stands at 758. He needs 1,237 delegates before June in order to prevent a contested convention, which was what appeared to be Trump's main strategy from the start of his campaign. He barnstormed states, garnered massive (free) media coverage and scored big with angry conservative voters.

The thing is: that early success of Campaign Trump was built by a team of political outsiders. A recent New York magazine cover story about the campaign's inner circle details just how much that's the case (seriously, read it). The campaign, which has been (and arguably still is) THE leader in the race for the Republican nomination, has been run by a small group of people that includes a press secretary with zero experience in politics and social media strategists whose previous job was general manager at Trump National Golf Club.

“I would take capable over experienced all day long,” Trump is quoted explaining in the piece, along with “I’m the strategist.” But aside from the candidate/former host of The Apprentice, the big person running the show has been Corey Lewandowski, Trump's campaign manager—who hadn't run an election campaign in over ten years before signing with Trump 2016.

But despite Lewandowski's leading to early victories. There have been issues. Lewandowksi was accused of (and eventually arrested for) roughing up a female reporter, which brought to light tales that top people at the campaign wanted Trump to ditch him.

And then last week, Trump announced he'd hired Paul Manafort as his convention manager and to head up his delegate strategy. Manafort is a GOP presidential campaign veteran and has experience coming out of the winning end of a contested convention (he helped Gerald Ford secure the nod in 1976).

.@NewtGingrich on Trump campaign: “They brought in a real pro. Paul Manafort’s as good as there is in this business” pic.twitter.com/yakl4Ux2pX — Fox News (@FoxNews) March 30, 2016

Manafort is allegedly Lewandowski's main rival. Even before the loss in Wisconsin, Politico was describing the campaign as being "in disarray," noting a series of layoffs (in states that Trump won, but still...) and the letting go of the data team leader. Another report claims that Lewandowski fired an operative in Colorado for communicating with Manafort after being told not to. And then today, reporters started sharing tips that Manafort would be meeting with Trump.

According to some, it was to make a direct play against Lewandowski, and he even planned on threatening to quit.

From Trump-land: New convention hire Paul Manafort disagrees with Lewandowski about how much authority Manafort should have, says a source. — Ari Melber (@AriMelber) April 6, 2016

Paul Manafort, hired only a little more than a week ago, might be bolting Trump soon https://t.co/v7x20dVo8X pic.twitter.com/zROxLRrR1X — Al Weaver (@alweaver22) April 6, 2016

And it looks like Manafort may have gotten his way. According to CNN, who cited two inside sources with the campaign, the GOP veteran would be taking on an "expanded role," with the main focus on the upcoming primaries in New York (which is on April 19 and has 95 delegates up for grabs) and California (June 7 and rewards a whopping 172 delegates).

But don't count Lewandowski out just yet. The same CNN article stresses that one of Trump's defining campaign characteristics is loyalty. "He's a deeply loyal guy, maybe to a fault," one source told the news agency about Trump, who didn't announce anything or officially comment on the situation.

So neither Lewandowski or Manafort are going anywhere for the moment...which means get out the popcorn. This could get interesting. 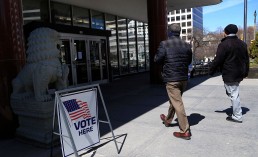 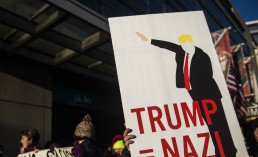 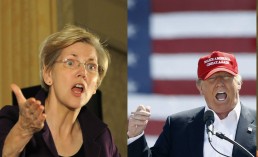 Elizabeth Warren Vs Donald Trump: A Blow-By-Blow Of The Newest Political Feud