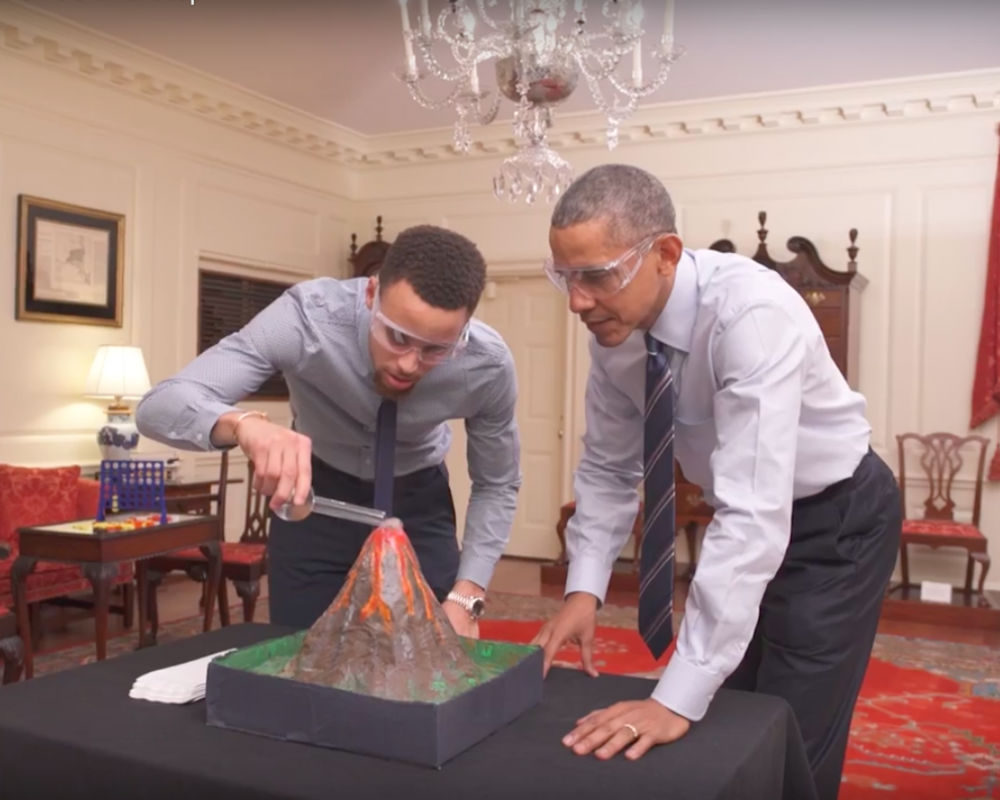 NBA reigning MVP Stephen Curry received some valuable mentorship from none other than the president of the United States, Barack Obama.

In this ad, the president schooled the basketball superstar on important things like Connect Four, volcanic science, and proper jumpshot. Although this video is definitely hilarious, it is also a reminder of how important are the leaders and teachers in a society.

Watch the epic video below.