The first official look into the new season of Sister Wives has arrived, and it looks more than ever as if the Brown family will have a rough road ahead of them as they continue to navigate their tricky polygamous marriage.

In the first official trailer for the upcoming seventh season, Kody, Meri, Robyn, Janelle and Christine will be learning to cope as Meri's catfishing scandal continues to unfold and shed some light on how things really have been for them behind the scenes, and the drama could be at it's most intense point yet, as the family seems to be having a hard time getting past everything that happened due to her emotional affair.

Not only does Meri seem to be facing issues with her husband and her fellow wives because of what happened and the very public fallout she faced when her affair was revealed (Meri thought she was involved with a man named Sam Cooper, who was later revealed to be a female Catfisher named Jackie Overton), but with her only child, daughter Mariah, as well.

"Yeah, my mom and I aren't on super gret terms right now," Mariah says in the trailer. "I'm kind of sensing that mom want to go and ask me these deep questions and I can't handle it."

Sure enough, a tense moment between mother and daughter-where Meri tries to find out from her daughter where they stand-is caught on camera, and it appears the emotional toll of her only child not speaking to her isn't helping her get a great handle on things.

In addition to issues with Mariah because of her affair, Meri is dealing with issues with Kody and her fellow sister wives as well, especially Robyn, who seems to be extremely angry and upset in the trailer, a big change from how she was in previous years, where she and Meri generally appeared to share a united front on most things, and the frosty treatment she is giving Meri now isn't going unnoticed by Christine or Janelle.

"Robyn's mad because she feels betrayed I'm sure," Christine says.

However, the biggest problem Meri faces is still with Kody, who is finally opening up and admitting that things between them haven't been very good for a long while-and Meri potentially begins to admit that despite being the one who suggested their divorce so he could marry Robyn, that she never expected him to go through with it, and sought out her affair for some sort of revenge.

"Meri and I have struggled for a very long time," Kody says.

What remains to be seen is if the drama and the stress that comes out of this situation will be the catalyst behind a shocking moment for the family-one which could see Meri deciding to leave them all behind for good. 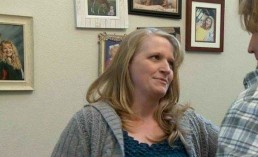 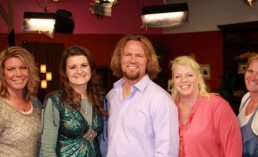 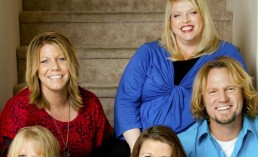