Inside Amy Schumer is slated to return for season 4 on Thursday, kicking off a season of sure-to-go-viral sketches!

Amy Schumer's Comedy Central sketch show blossomed in a major way last year, with numerous viral sketches that tackled society's biggest issues. From double standards in the media to the ridiculousness of child-starring reality shows, Schumer got to the heart of numerous hot button issues in season 3.

Now, Schumer is coming off an incredible year that included a hit movie, Trainwreck, an HBO comedy special and an Emmy win for Inside Amy Schumer. The topics Schumer will cover in season 4 remain to be seen, but let's take a look back at the five best sketches from season 3 to get back into the groove of the comedian's style.

Schumer tackles the topic of rape within sports, expertly parodying NBC's football drama Friday Night Lights in the process. When the head football coach (Josh Charles) implements a "no-rape" policy for his players, they fight back, as does the town. Coach also delivers a speech that all but draws a line between football and rape culture. Plus, fans of Friday Night Lights should appreciate Schumer's portrayal of the coach's wife.

A prototypical boy band (clearly modeled after One Direction) sings to Schumer about not needing to wear makeup, as she's perfect the way she is. But once she does this, the boys cannot contain their disgust and proceed to tell her she needs to put makeup back on. The song would ultimately win an Emmy for Outstanding Music & Lyrics.

Parodying the vapid/creepy interviews between talk show hosts and female stars, Schumer plays Amy Lake Blively, a young starlet trying desperately hard to be the typical "cool girl." From her short dress to her oily legs to her inability to sit correctly in her chair, she nails all the mannerisms, while her comments pander to both the host and the young males in the audience.

Tina Fey, Patricia Arquette and Julia Louis-Dreyfus discuss Hollywood's treatment of older women in Hollywood with Schumer in this classic sketch. The trio of actresses talk how Hollywood turns their roles from love interests into mothers once they reach a certain age (hint: not that old) and how men never really reach their last "f**kable" day.

This isn't a sketch, rather, a full blown episode that gained much critical attention last year. Schumer parodies the film classic 12 Angry Men, with the jury of men deciding whether Schumer is attractive enough to be on television. The episode is the perfect example of Schumer's expert take on sexism, especially in the context of Hollywood. 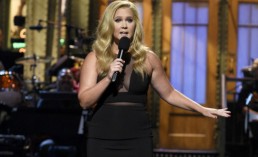 Amy Schumer Reveals What Her Memoir Will Be Like, 'There's More To Know' 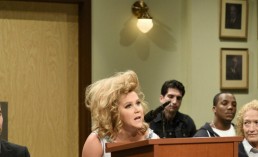 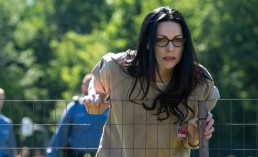