Michael Strahan is leaving Live With Kelly and Michael a lot sooner that originally expected.

Strahan will have his last day with Live on Friday, May 13, according to a reported internal memo (via TMZ). This is much earlier than the original plan, which had the ex-NFL star staying on through the summer and starting work with Good Morning America in September.

"After meeting with the producers of both Live and Good Morning America, and after speaking with Kelly [Ripa] and Michael, we have decided on a plan that best advantages both shows for the future," the memo reads. "To that end, Michael's last day on Live will be Friday, May 13, which not only gives the show the chance to have an appropriate send off for him during the May sweeps, but to also immediately give Kelly and the producers an opportunity to begin the on-air search for a new co-host."

Additionally, the memo states that Strahan will be integrated into Good Morning America during the summer, before he begins his full-time gig in September.

As for who will be Strahan's replacement on Live, Ripa apparently has Anderson Cooper and Andy Cohen on her shortlist. However, another name is apparently throwing his name out there: Alfonso Ribeiro.

"My wife and I talked about it this week," Ribeiro said on The Wendy Williams Show this week. "I'm like, 'Babe, you know, it's weird because people are bringing up my name for the job, what do you think?' She was like, 'I'm not sure if I could live in New York, but we could make it work. I will come back to New York and be a New Yorker again for that show!' "

He quickly said "yes" when asked if he would take the job if he received an offer by ABC. 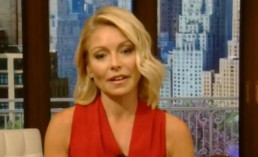 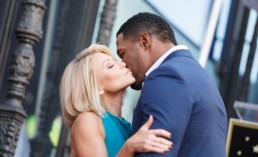 'Live With Kelly and Michael' Update: Does Kelly Ripa's Show Have A 'Great Future'? [VIDEO] 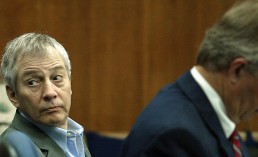