The war between Hadrian's Wall and Black Claw is poised to explode, and Grimm's Scooby Gang is smack dab in the middle of the blast zone.

If Nick Burkhardt (David Giuntoli) didn't already have his hands full juggling monster hunting, a new baby, and quelling a wesen uprising, the Grimm's life will get a whole lot more complicated in the two-hour season finale. Ominously titled "Beginning of the End," the May 20 episode will bring Portland's supernatural crisis to a boiling point.

Diana cropped back up earlier this month, and the youngster will play a pivotal roll as Grimm moves into the summer hiatus.

"[Diana] is still this source of tremendous power that we just don't know," Roiz told TV Guide. "She'll prove to be an asset moving forward."

Unfortunately, Adalind's eldest child brings an unqualified level of unpredictability to the entire situation. As Nick's baby momma turns her attention towards Diana, Nick will move to ensure his son's safety as well.

"He's presented with certain circumstances, which he has to be careful how he reacts to, because his son's life could be at stake," executive producer James Kouf previewed, according to TV Line.

Are you ready for the finale? Will we find out what the tresure of the Seven Knight's really does? Sound off in the comments below!

Grimm airs Fridays at 9 p.m. ET on NBC. Click the video below to see a preview for the series' next episode, "Bad Night." 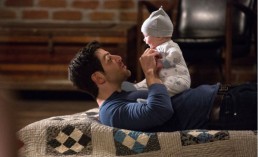 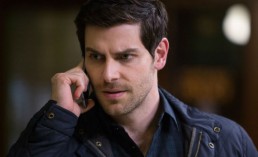 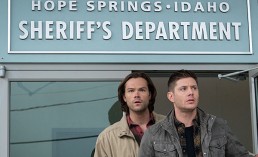 'Supernatural' Season 11: Who Will Return In 'We Happy Few'? Episode 22 Plot Revealed [VIDEO]