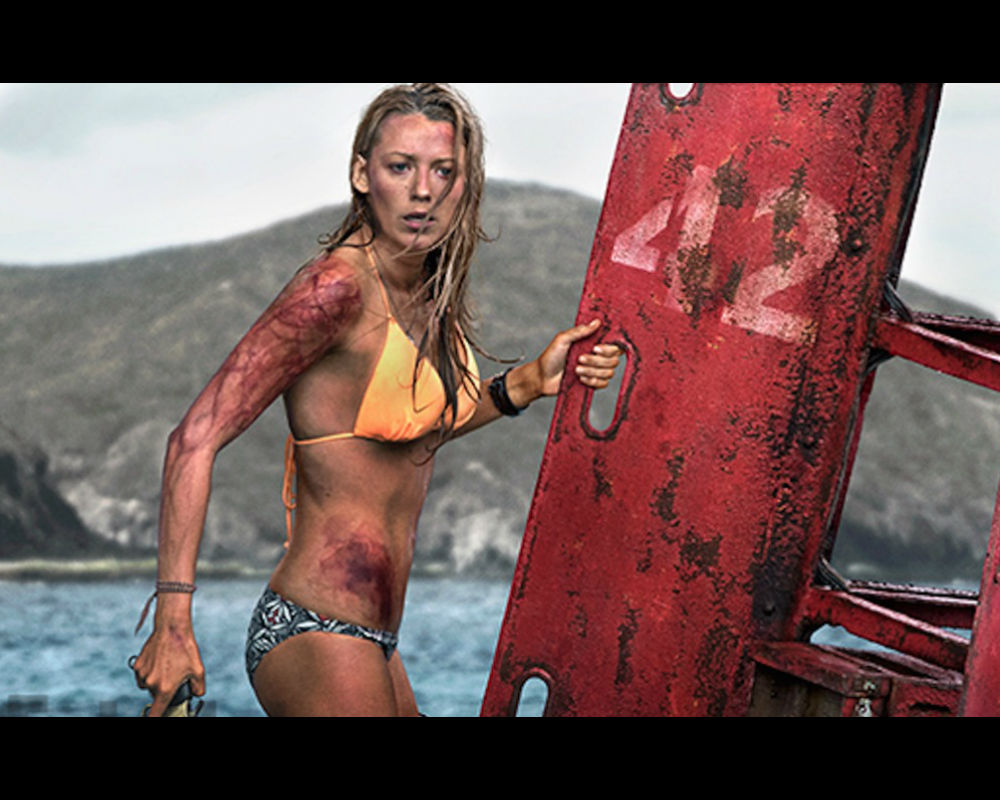 Originally titled In the Deep, The Shallows is an upcoming horror film from Sony directed by Jaume Collet-Serra, written by Anthony Jaswinski and staring Blake Lively.

In the film's tense new trailer, we watch as Lively discovers a secluded surfing spot in foreign land that someone tells her is called “Paradise.” She then tells her sister in a Skype call that “It took forever to find, but it’s perfect.” Shortly thereafter, a shark attacks her. Lively is able to swim to safety, but becomes stranded on a rock outcropping about 200 yards from shore and watches as her tormentor, a great white shark, brutally devours two fellow surfers and encircles her refuge--trapping her.

But Lively vows not to die "out here" and begins plotting on how to get back to the shore and fighting for resources to fight back, which includes getting her hands on a flare gun.