The final three teams who will officially race for $1 million by hoping to cross the finish line first on season 28 of The Amazing Race have been revealed, and it could really be anyone's game to win.

This season, which saw some very strong competition amongst the teams of social media stars, and very little drama amongst them due to their somewhat friendly natures with one another, has officially wound down with one final episode left to air. And in a surprise twist, two extraordinarily strong teams have gone down in the final legs, and the final three consist of Tyler Oakley and Korey Kuhl, Sheri and Cole LaBrant and Matt Steffanina and Dana Boriello.

However, despite what seems like a disparity amongst the teams when it comes to who seems most likely to win, this race is far from something that should be considered cut and dry, and in fact, really is one of the times where the finish is perhaps most unpredictable. With that in mind, we've compared all of the teams strengths and weaknesses to determine their likelihoods of winning:

The Youtube stars seem to be the most likely candidates to win. In the previous 11 legs they won first a total of five times. They have also finished second three times, third once and sixth twice. Those odds, plus the fact that they've genuinely seemed able to complete almost every task given to them with ease would make them the ones most favored to win.

But, the two did show they have some weak points when they dropped into sixth place two legs in a row by making seemingly minor mistakes. But on the show, even minor mistakes can spell the end of a team's dominance. Plus, they've started to show that they'll do anything to win now, and that could give the other teams even more motivation to try and outrace them where it counts the most.

After winning the first leg, this team has faltered quite a bit, staying mainly near the middle of the pack with five fourth place finishes, three third place finishes, one fifth place finish, and second place to get into the final leg. Their downfall all season has been their inability to truly communicate well with one another, leading to arguments and disagreements.

Yet, the two have been on an upswing lately. After their worst finish ever (fifth) in leg eight, they have creeped back up in the standings by one place each leg after. After a second place finish in leg 11, the only way to continue that trend is to come in first in leg 12.

The official Underdogs of final three were saved by two non-elimination legs, and were long ago predicted by their competitors to probably be eliminated. They've never placed better than third throughout the race, and have some significant weaknesses thus far. They get lost easily when they have to direct themselves to a location, and Sheri has easily gotten frustrated under pressure before. Cole also have a big fear of heights, which he has faced twice thus far, but may likely need to face again in the Final Leg, which often sees a challenge where teams do deal with at least one height-based task.

It truly could be anyone's $1 million.

The Amazing Race airs Fridays at 8 p.m. on CBS. 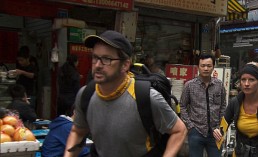 'The Amazing Race' Season 28 Spoilers: Which Three Teams Will Make It To Finale After Shenzen, China? [VIDEO] 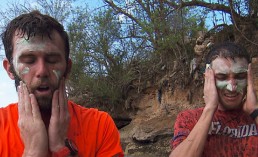 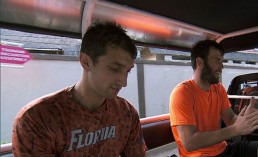 'The Amazing Race' Season 28 Spoilers: Which Team Will Be Stunned By Double U-Turn? [VIDEO]