For a few seconds on Dancing With the Stars Monday night, the viewers got to experience what Nyle DiMarco experiences.

Despite being completely deaf, DiMarco has become a frontrunner on Dancing With the Stars not only due to his impairment, but because of his incredible dancing ability. To demonstrate just how extraordinary this is, DiMarco and his pro partner Peta Murgatroyd danced in complete silence for a portion of their dance Monday night.

The performance earned rave reviews from judges Carrie Ann Inaba, Len Goodman and Bruno Tonioli, who collectively gave the couple a 29 out of 30.

"I've seen a lot on this show, 22 seasons and I've never seen anything like that, that touched me so profoundly," Inaba said, tearfully. "You really are educating us."

DiMarco spoke about the performance after the show Monday with People.

"A lot of people have labeled me as the deaf guy who can dance, but I think they don't really understood how it works, the fact that I can't hear anything at all, and we thought this would be great opportunity to bring silence into the middle of the song," DiMarco said. "Because I don't hear anything, and I've been dancing well. So it's nice to give them an insight into my world."

Murgatroyd said that this was "something that America needed to see," adding, "They tend to see just the final result, and you don't know what we go through every week to get it to that point. So I think it was a beautiful moment."

DiMarco and Murgatroyd survived another elimination at the end of the night, putting them in the Top 5. Next week is another double elimination, meaning the surviving couples will move on to the finals. Based on DiMarco's skills and backstory he probably has a good shot of making it, though it's going to be a tough fight to the finish. 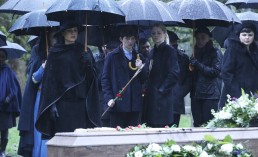 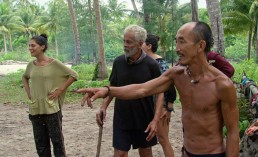 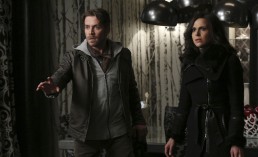