They just crowned Dana Borriello and Matt Steffanina as the season 28 champions of The Amazing Race, but fans may need to wait longer than normal or expected for the show's 29th season to make it to air, after CBS left it off the Fall schedule.

CBS announced it's planned fall lineup of shows earlier today, and the long-running reality show is not a part of the plan, with it's current timeslot at 8 p.m. on Friday nights handed over to new show McGyver, and it's former Sunday night at 8 p.m. slot now houses NCIS: Los Angeles. It has no other place on the schedule either, and the only reality show on the Network that has a spot on the Fall schedule is actually Survivor, which retains hit's hold on Wednesdays at 8 p.m.

However, the show has been renewed at least through season 29, meaning it wasn't canceled and will eventually air, though it is unclear when. In a press release about their fall programming schedule though, CBS did announce that they do have some potential plans for the show.

"In addition to Training Day and Doubt, CBS will once again present year-round programming, rolling out new and established series throughout the season, including Criminal Minds: Beyond Borders, which is winning its Wednesday time period in viewers, adults 18-49 and adults 25-54; the award-winning reality series The Amazing Race and Undercover Boss; and the new one-hour alternative series, Hunted which was previously announced," the press release reads.

And though the upcoming season doesn't yet have a premiere date (and hasn't yet begun filming), casting is still officially underway, and the show still seems to be on track for Season 29, whenever that will air.

The show's casting website has detailed that the new season seems to be looking for single racers who want to race with someone they don't know (similar to the blind date setup for season 26), as well as teams of two. The site explicity states that relationships do not have be of dating couples, and it says filming will be for 30 days between May and August 2016. 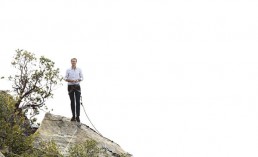 'The Amazing Race' Season 28 Finale Spoilers: Which Team's 'Leap Of Faith' Will Win Them $1 Million? [VIDEO] 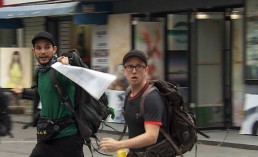 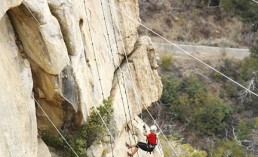