Gisele Bundchen and Tom Brady's daughter clearly has a soft spot for animals.

On Tuesday, the supermodel posted a new photo on Instagram where her three-year-old daughter, Vivian, is sitting outside with her arm around a fluffy brown bunny. As Vivian leans over, it looks like she's about to give the little ball of fluff a kiss.

Vivian seems to enjoy spending time outside as her mom posted other social media images of her exploring, including one where she holds another animal.

As one of the most successful supermodels in the world, Bundchen recently dished to The New York Times that it wasn't an easy process for her to get to where she is now. And even with the fame and fortune, there are still some challenges.

"To me, the idea of being famous is irritating," she said. "The attention is strange. Everyone has an opinion. My career was never based on pretty. In the beginning, you know, everyone told me, 'Your eyes are too small, the nose is too big, you can never be on a magazine cover.' But, you know what? The big nose is coming with a big personality."

Bundchen then pointed out that it wasn't her looks that brought her success-- it was her motivation to make it big.

"I always knew that, even if I was not the most beautiful girl, I'd be the most energetic and hard-working," she said. "If you want to know the truth, that's the reason for my success." 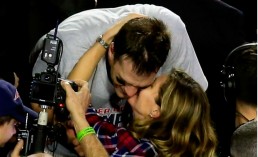 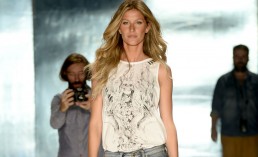 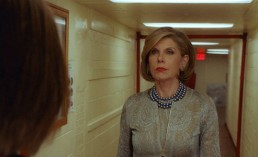