Teen Wolf season 6 is right on track to have you scraping your jaw off the floor in time for the midseason finale.

Twists and turns are Teen Wolf's bread and butter, and, according to Melissa Ponzio (Mama McCall), the set was a buzz with news of Beacon Hills' next upset.

"Oooooooh if set walls could talk, the #TeenWolf set would be asking "Did You Hear THAT?!?!" about tonight's scenes," Ponzio tweeted on Wednesday.

oooooooh if set walls could talk, the #TeenWolf set would be asking "Did You Hear THAT?!?!" about tonights scenes...#TWS6 #PlotTwist #NoWay

BTS #TeenWolf ::: current view...new sides to memorize for tonight...actually for right now at this very moment ;) A photo posted by Melissa Ponzio (@melissaponzio1) on May 25, 2016 at 5:04pm PDT

Hmmm...what is series creator Jeff Davis cooking up this time? Beacon Hills has suffered attacks by everyone from darachs to nogitsunes and soon Nazi werewolves and Ghost Riders will rule the day.

"I love the new mythology we've come up for this season. It reinvents the show in a way that we hope is satisfying to the audience," Davis told Teen Wolf News.

"If last season was a 'Monster Movie' this season will be more of a psychological thriller, more of a ghost story actually. It's definitely a challenging season, having to rush back into production, working around actor schedules and trying to keep things fresh after eighty episodes. But we're still excited by the stories and the relationships. And we're still trying to scare the hell out of the audience."

Season 6 became even more complicated when Dylan O'Brien (Stiles) suffered an injury ahead of filming. Although the Internet is currently suffering a surfeit of fake Davis interviews, reliable sources indicate that O'Brien is already back on set and playing catch up in order to appear in almost every upcoming episode. 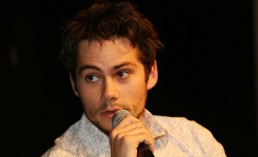 'Teen Wolf' Season 6: Dylan O'Brien In Talks For 'American Assassin', Stiles Pushed To The Side? [VIDEO] 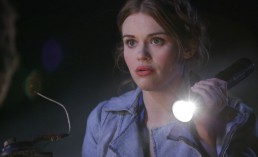 'Teen Wolf' Season 6: Creepy PHOTO From The 'Biggest Season Yet', Holland Roden Behind The Scenes [VIDEO] 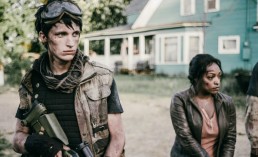