More good news has been delivered for Nashville amid its cancellation.

On Thursday, Variety discovered that Lionsgate is hoping to move the series to another network after the final episode aired on ABC earlier this week. Apparently, some executives revealed that other venues have been coming "directly" to them, "asking about the possibility of moving the show."

Lionsgate head of TV, Kevin Beggs, revealed, "The fans and everyone else is clamoring for many more seasons."

He added that everyone at the studio is "remaining optimistic."

So how long could the series potentially last if it lands on a different network? Beggs is aiming for it to go on "as long as possible.

"We kind of go one season at a time in our thinking. Our near-term is to get another full season," he said. "These kinds of shows can go forever and ever- obviously that's our hope and expectation, but we've got to do it one season at a time. So right now, we're all about Season 5. So we hope to land Season 5 and keep talking about this show for years to come."

Apparently, the cast and crew is also on board with continuing the series.

As for the new showrunners, Beggs said, "Bringing on Ed Zwick and Marshall Herskovitz to be the showrunners in the fifth season- which was already something we were planning with ABC- suggests a long term viability for the show."

The final episode of the series had a good haul of closure for pretty much everyone- except Juliette and Avery with no word on what exactly happened to the singer as she was flying in to see him. Something happened with the flight, giving the impression Juliette could be in some kind of danger.

Only time will tell if that gets resolved or not. 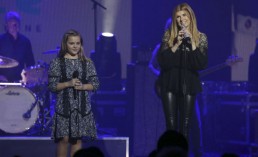 'Nashville' Season 5 News: Could Series Wind Up On Different Channel Amid Cancellation? [VIDEO] 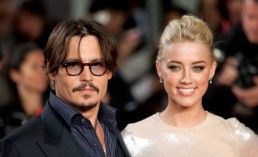