There won't be a dry eye in the house once Outlander season 2 comes to a close.

It comes as a surprise to no one to hear that Jamie (Sam Heughan) and Claire (Caitriona Balfe) are racing toward imminent disaster. Their plans to foil Bonnie Prince Charles' Jacobite Rising ended in the very backhanded treachery that has forced the Frasers on the road to war. When the finale rolls around, viewers should be prepared for a white-knuckle ride.

Titled "Dragonfly in Amber," episode 13 will launch Claire back into the future, and, as viewers have already seen, the Sassenach's departure was the absolute opposite of joyous. Writer Matthew B. Roberts teased the final hour, and we speak for all fans when we say he had troubling news all around.

.@cputrbug @7_polk @OutlanderTVNews Yes, Toni and I wrote the finale... I suggest tissue, whisky and tissue — Matthew B. Roberts (@TheMattBRoberts) May 8, 2016

If you think you've warded yourself against heartbreak by reading Diana Gabaldon's novels, think again. Showrunner Ron Moore generally has high regard for Outlander's source material, but he doesn't want fans to become too complacent.

"Ultimately the show has always been about relationships. Not only is that the climax of history, but it's also the climax of the relationships that are happening at the time. It's all doomed, and we can't stop history from happening," Heughan said, according to IGN. "[Season 2] certainly has a climax. [Showrunner Ron Moore] has also got some surprises."

For now, however, viewers have Lord John Grey's (Oscar Kennedy) arrival to concern themselves with. The beloved character will have rough start in "Je Suis Prest," to say the least (see a preview below).

"Claire and Jamie reunite with the Lallybroch and MacKenzie men as they train for war," Starz teased. "Jamie's power struggles with Dougal and Claire's personal battle with her memories of WWII weigh upon them, but new, helpful information comes to light when a young Englishman named William Grey pays a surprise visit to their camp." 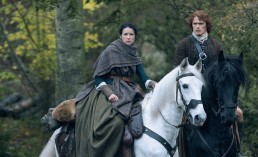 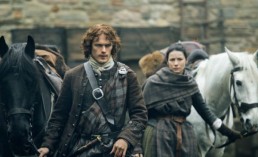 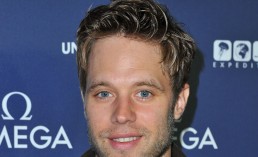 'Dark Matter' Season 2 Premiere: Who Is Devon? Meet The Newest Addition To The Raza Crew [VIDEO]