There are few people willing to throw their lot in with Dark Matter's unlikely protagonists, but, nevertheless season 2 will see two fresh faces join the Raza crew. Unsurprisingly, both of these recruits will be culled from the inmates at the Galactic Authority's Hyperion-8 prison.

Shaun Sipos' Devon will become one such ally, joining forces with the Raza's numerical amnesiacs following the events of a free-for-all prison break. Crafty, incredibly intelligent, and equipped with a specialized skill set, the surgeon will quickly find a place for himself.

"Where he fits is very clear. When I come on board, I end up doing surgery on a member of the Raza that they care about," the actor explained during filming, according to Seat 42F. "My role becomes very clear. I have a certain skill that is very valuable that no one else has."

Our favorite interstellar fugitives obviously need Devon's help, but what could possibly compel the doc to attach himself to a ship full of known felons?

"I think it's a better place than prison," Sipos laughingly told reporters. Hyperion-8 will hold its prisoners in a form of solitary confinement, and for Devon, "any chance to get out and be free in some regard - whether it's on the run, whether it's with people that you don't know and don't trust - is better than being put in a cage and put alone."

Like every member of the Raza, the surgeon comes equipped with a dark history. Unlike One through Six, however, Devon still has all his transgressions locked away inside his mind.

"He hasn't has his memory wiped so he's fully cognizant of who he was and who he is and where he came from and what his demons are," Sipos cautioned.

Meet Devon when Dark Matter returns to Syfy on July 1 at 10 p.m. E.T. Click the video below to see a preview for season 2. 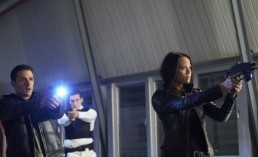 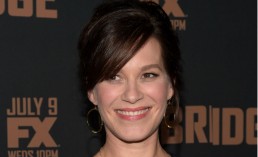 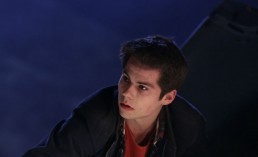