The release date for the second season of 2015's runaway anime hit One Punch Man might not be revealed as of yet, but the plot for the next season could already be deduced. The One Punch Man anime gained accolades from both critics and fans due to its faithfulness to its source material. Thus, there is also a very good chance that the anime's second season would be based on the events of the manga as well.

With this said, the second season of One Punch Man might very well end with a battle that is intense, bloody and downright brutal. In the first season, the final enemy featured in the anime was the alien, Lord Boros, who battled Saitama one-on-one in a spectacular fight that quite literally sent the hero to crashing into the Moon.

If the events of the manga are to be considered, there is a very big possibility that One Punch Man Season 2 would primarily feature the Hero Hunter Arc, which involves Garou, a fallen disciple of Class S #3 Hero Silver Fang, hunting for the most powerful members of the Hero Association.

Indeed, Garou's bloody battles with Class S heroes such as Metal Bat and Tank Top Master were very intense and brutal in the manga. Since Madhouse is handling the animation, these battles would surely be a spectacle to behold in One Punch Man's second season.

What makes Garou a perfect main villain for the next season of One Punch Man is the fact that he is much like Saitama. Garou is not a monster, nor does he have powers like the other heroes in the franchise. Rather, he is just a human who became hyper-powerful due to intense training and an unwavering drive to be stronger.

In fact, it could even be said that Saitama and Garou are two sides of the same coin. One just happens to empathize with people while the other sympathizes with monsters and evil in the world.

Perhaps the most interesting thing about Garou, however, is the fact that in the manga, he quite literally took the fight to Saitama. In recent releases from the original webcomic by ONE, Garou has already taken dozens of punches from Saitama and he was still getting up and fighting back.

If the anime's second season does feature Garou as the main villain, the climax would surely be a spectacular, bloody and brutal battle between two men who have, through sheer heart and effort, become beings beyond what mortals could reach. 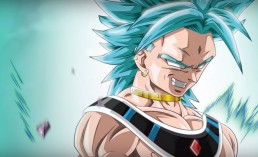 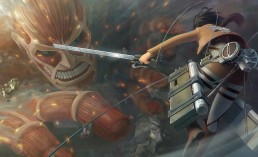