We may be in for a rather predictable week in the Big Brother 18 house, though there is still promise of a potential shakeup.

Monday in the Big Brother house largely went as planned. With Paulie winning the Power of Veto, he previously discussed with his alliance that he was going to take down Paul and nominate Victor in his place. This is exactly what happened Monday morning, with Victor now the intended target for eviction on Thursday.

As for Victor's reaction to getting the "backdoor" treatment, he seemed to largely take it in stride. He actively campaigned to several houseguests throughout the day, including Frank and Da'Vonne, who reassured him but still aren't actually going to save him. He also campaigned to alliance-mate Paul, telling him to persuade Bridgette and Natalie to vote to keep him.

Victor certainly isn't giving up and he's hoping to get the votes on Tiffany. While for now it looks like Victor will still be evicted on Thursday, there is still a slight chance of things going differently. Frank, James and Paulie all voiced their concerns about Tiffany, worried that she is replicating her sister Vanessa Rousso's game from Big Brother 17 in how she is always paranoid but secretly wants control of the house. Frank is especially concerned about her and has all but made it his mission to get her out next (after Victor).

Meanwhile, Da'Vonne and Zakiyah have had their own chats about who should go next, and it's someone very ingrained in their alliance: Frank. They are both worried that he has too much control over the house and said they want to target him for eviction if either of them wins HOH. Tiffany has said very similar things, even saying that she wants him gone pre-jury so he doesn't poison the jury like he did in Big Brother 14. However, Da'Vonne has been subtly orchestrating the rivalry between Frank and Tiffany and is essentially hoping that they take each other out so she doesn't have to get blood on her hands.

As of right now it's looking like a 10-0-0 vote against Victor on Thursday, though anything can change. After this, we may be in for a chaotic week. 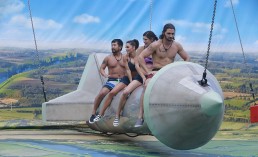 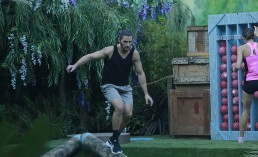 'Once Upon a Time' Season 6 News: Regina Not The Only Character To Be 'Pulled Apart'? [VIDEO]