Out of the ruble of Old Town will rise one of Killjoys next big bads.

The acrimony between Westerlins and the Company is as potent as Black Rain, and the Nine's carpet-bombing operation will leave the moon's central hub even more off kilter than normal. Dutch (Hannah John-Kamen), Johnny (Aaron Ashmore), D'Avin (Luke Macfarlane) and Pree (Thom Allison) will make their way back to the Royale during "Wild Wild Westerley," only to find that the power structure behind the walls has gone from bad to worse.

Enter Liam Jelco (Pascal Langdale). A company fixer, Jelco will be living in the lap of luxury when the Killjoys report to him for their latest warrant.

" It's a lot of fun and we introduce one of our new big bads of the season," showrunner Michelle Lovretta told The TV Junkies.

Once over the wall, Dutch's crew will realize that in just a few short days, their adoptive home will be more chaotic than ever. As the Killjoys reunite with Alvis (Morgan Kelly) and Pawter (Sarah Power), they will be tasked with tracking down eight escaped prisoners for Jelco. Unfortunately, one of these fugitives will have his mind set on increasing Westerley's death toll.

"Old Town is shit town right now, but in a very classic Killjoys way," Lovretta told The TV Junkies. "The balance I'm trying to strike this year is having some realistic moments, in terms of how dire it is for people who have been at war and bombed, but we are also consciously an entertainment first romp of a show. So we're also enjoying coming at that from a very sci-fi tropish bent. The captivity of Old Town and the wall becomes its own character this season."

Find out more when Killjoys airs Fridays at 9 p.m. ET on Syfy. Click the video below to see a preview for the series' next episode. 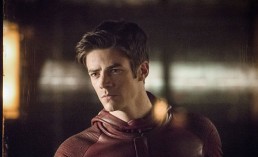 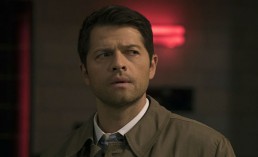 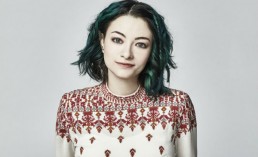 'Dark Matter' Season 2: Five's Stolen Keycard Will Have A Major Impact, Find Out Why [VIDEO]