Nintendo has been notoriously tight-lipped about anything related to its upcoming console, the mysterious NX. Though very little could be determined from rumors about the device so far, a recent statement from no less than the CEO of Ubisoft has provided some clues about what the console could be like.

In a quarterly earnings call earlier this week, Ubisoft CEO Yves Guillemot has expressed his optimism about Nintendo's upcoming console. According to the CEO, his firm has actually seen the mysterious console firsthand, and from what they have seen so far, it seems like the Nintendo NX would be a very capable machine.

"What we have seen is really great. We think having a new machine coming is going to help the industry to continue to grow, and to take lots more casual players back to the industry," he said.

Though Guillemot's statements provide very little information about the actual capabilities of the device, the fact that the CEO was impressed by Nintendo's next-generation console is significant. After all, Nintendo is largely relying on a "brand new concept" for the NX. Thus, the capabilities of the device, as well as how well it would be able to run games, would play a very significant role in determining its success.

If any, the Ubisoft CEO's statements stand in line with a recent rumor which stated that the NX would feature some form of optical tracking technology. If this is indeed the case, then there is a possibility that the NX might actually feature full-on motion controls, much like that utilized by the Kinect, only far more refined.

Nintendo has always been unafraid to innovate when it comes to making its gaming consoles. When it released the Wii, Nintendo was the only gaming firm which opted to do some form of motion controls. When it released the DS, it was the only company which made dual-screen handheld devices. With the NX, Nintendo might very well pull off something equally unique, and hopefully, equally successful. 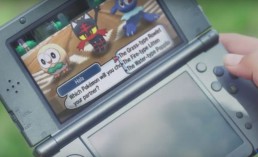 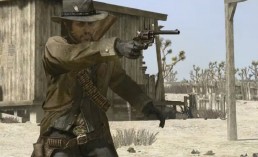 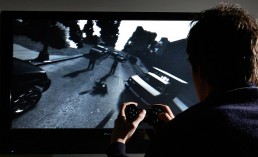 'Grand Theft Auto 6' News And Rumors: Upcoming Game Still To Be Set In Fictional US? [VIDEO]