Killjoys Johnny Jaqobis has us biting out nails - the warrant is no longer the bounty hunter's sole objective, and his team up with Pawter has the potential to turn Dutch's killjoys team inside out.

Don't panic just yet, however. Johnny (Aaron Ashmore) and Dutch's (Hannah John-Kamen) friendship is one of the greatest platonic male/female relationships on television, and the creative minds behind Syfy's space opera know just how rare a find that is. While the pair are in for a bumpy ride, showrunner Michelle Lovretta assuaged our fears while speaking with TV Junkies.

"Don't you worry, though: their friendship definitely gets bruised, but nothing truly breaks," Lovretta explained. "Some of the absolute best scenes this year are of the two of them getting real with one another. We're really proud of those moments, and I think fans will love them too. This season is full of tears and hugs, pain and beauty..."

Next week on Killjoys, the team's quest to understand the Level Six mystery puts them in touch with one of the J's more peculiar characters.

"Dutch's search for the mysterious green plasma puts the team at the mercy of an eccentric galactic collector," Syfy teased.

"It's super retro crazy funtown. Asteroids! A surprise guest! Hannah SINGS! Our best kiss yet (fight me). Sabine, Alvis, and Pawter all get to play, we get another wee window into Pree's warlord days, and pissed off Dutch gets to shout "I am not your manic pixie assassin!" which I now use daily," Lovertta revealed, adding that "along with some of the cheekiest, funniest moments of the season there will ALSO be some fairly graphic sex, and violence."

Find out more when Killjoys airs Fridays at 9 p.m. ET on Syfy. Click the video below to see a preview for the series' next episode, "I Love Lucy." 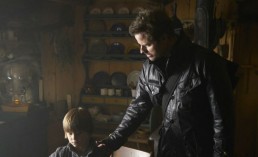 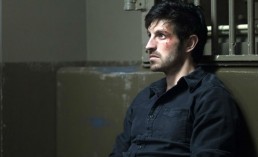 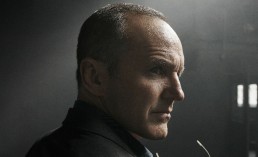