Will Michael J. Fox be joining The Good Wife spinoff to reprise his role as Louis?

On Friday, The Hollywood Reporter posted an interview with the actor who played the infamous defense attorney on the series for plenty of guest appearances. He was asked if he's heard of any talk about possibly appearing again in the CBS All Access spinoff, which will air in early 2017.

The actor isn't sure if he would be part of the series if he was asked, but he wouldn't necessarily say no.

"I don't know, I mean probably," Fox said on being open to joining the show again. "It's hard to know what tomorrow brings. I always live day to day and so I take every adventure as it comes but I don't try to anticipate anything."

As far as where the future may take him, Fox is willing to see what comes next and just take it one step at a time.

"I'm in no rush," he said. "I mean if something happens like The Good Wife where I get a phone call from some writers that I don't know pitching a show that I was kind of a little familiar with, and it's just a great match and a great experience, and I'm really grateful that they called me. If I get a similar call for a similar situation, I'd be happy to do it."

It would definitely be helpful if he came across something that was as incredible as the former CBS series.

"It has to be something really tempting to get me to go at this point, but certainly something may change or something along the lines of the experience I had on The Good Wife would be temptation enough." 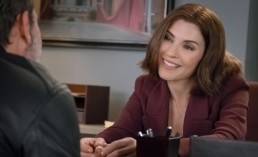 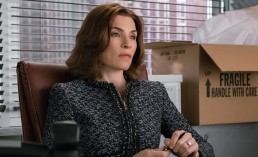 'The Good Wife' Season 7 Spoilers: Ending Will Be 'Surprising But Inevitable,' How Should Series Live On? [VIDEO] 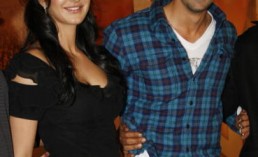