Mark Burnett might have the power to sink Donald Trump's chances for the presidency - but he apparently has no intention of doing so.

Burnett, who created Trump's NBC reality series, The Apprentice, is reportedly ready to sue anyone who worked on the show if they leak any unaired, damning footage of the GOP nominee. Pressure has been mounting on Apprentice producers, cast and crew members to leak such footage, especially with the recent 2005 audio leak from Access Hollywood, in which Trump makes sexually aggressive comments about women to Billy Bush.

However, Burnett apparently doesn't want anything leaked, according to BuzzFeed News.

Burnett "is pro-Trump and has made clear to his teams that he will sue anyone who leaks," a source close to the reality TV producer told the publication.

Over 20 former contestants, crew members and editors spoke with The Associated Press recently about some of Trump's more off-color comments made during filming of The Apprentice, especially in regard to women.

"If there was a break in the conversation, he would then look at one of the female cast members, saying 'you're looking kind of hot today, I love that dress on you,' then he would turn to one of the male cast members and say 'wouldn't you sleep with her?' and then everyone would laugh," a former crew member told The Associated Press.

"There would be about 10 or 12 cameras rolling and getting that footage, which is why everybody was like, this guy just doesn't care," they continued.

Any footage that might be leaked is apparently under lock and key, says a former crew member, due to Burnett's fear of spoilers getting out about the winner and the elimination order.

"'The Apprentice' footage was super vaulted stuff, to keep it from getting into anyone's hands," they told The AP. "The game-show aspect meant that the footage was locked down super securely." 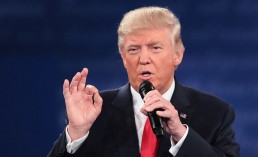 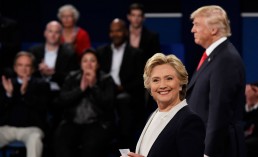 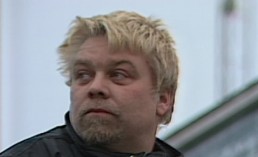