Is Olivia Munn causing trouble for Aaron Rodgers on the field and off?

Following reports claiming the actress is the leading cause of Rodgers' family feud, which recently became a story line on The Bachelorette, a source claims Rodgers' girlfriend and their relationship may be having a negative impact on the Green Bay quarterback's career.

“The Packers front office, teammates and others associated with the Packers are starting to question Aaron’s personal life i.e. Olivia and his estranged relationship with his family, and how it is starting to take a toll on his performance," a source told Terez Owens on Monday. "Coach McCarthy always stresses how important family is and they believe his head is not in the game."

Rodgers and Munn have been dating since 2014 and while they aren't yet married, they have faced numerous reports of a potential engagement, especially after Munn stepped out with a suspicious ring earlier this year.

"Well, I'm wearing a ring on my left hand right now, but as my publicist, Marcel, will say, 'When people ask, 'Why is she wearing a ring on her left ringer?' he says, 'because she has a finger there!'" Munn, 35, said at the time, according to Entertainment Tonight.

"No, [it's not an engagement ring]," she explained. "The other day I was eating… I had been eating too many salty foods, so it didn't fit. It's my emerald ring that I wear all the time on my right hand and I had to put it on my left because my right hand was getting too swollen!" 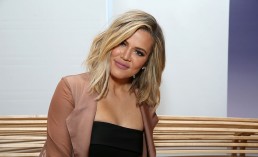