Breakup and cheating rumors keeps coming and going. But it doesn't affect the strong relationship between these South Korean stars -Lee Min Ho and Suzy Bae.

With this, reports claim that Lee Min Ho, South Korean actor, singer and model is in hurry to marry to his girlfriend Suzy Bae before he commits into his military service in 2017. Suzy Bae is popular South Korean singer and actress, Movie News Guide reported.

Currently, the actor is working with agency MYM Entertainment wants to enlist himself in the army before he turns 35 years. During two-year Military service, Min-ho will serve as a public service officer.  Hence he want to tie the knot with his lady love Suzy Bae as early as possible.

Another reason for rushed marriage could be Suzy's rumored pregnancy. Does "Uncontrollably Fond" actress is pregnant with Min Ho baby?

However, marrying with Suzy doesn't seem easy for "Gangnam Blues" actor. There is one more obstacle that both have to overcome to make their wedding a reality. Suzy's agency JYP Entertainment , is not supporting her marriage at this point of her career. On the other hand, Suzy has taken few endorsements and her agency is reluctant to release her for wedding break, according to Inquistr.

The couple has announced their relationship in March 2015 and since then, their 'breakup rumors' had also started flashing in media over and over again.

Both the stars were also accused of having an affair with their co-stars.

While working in "Uncontrollably Fond," one of the most popular K-dramas ever, Suzy Bae was accused of having an affair with Kim Woo Bin, her co-star.  There were also claims that Min Hoo had suggested Bae to leave show because of these rumors.

Till now, neither Lee Min Ho nor Bae Suzy has said anything about wedding or pregnancy. Do you think that Lee Min Ho and Bae Suzy are mentally prepared for wedding? Is she really pregnant? Or this whole relationship drama is just another big publicity stunt? 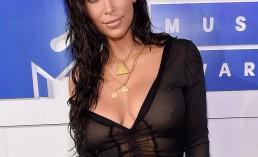