Halloween 2016 has arrived and if you don't have any plans to go trick-or-treating with your squad, here are five movies on Netflix you can watch to get in the spooky spirit of the holiday.

Netflix has a wide selection of horror classics and family friendly fare that are sure to get you in the mood for Halloween. No matter what type of Halloween experience you are in the mood for, from ghoulish fiends to gothic romance, there's something for you.

Here are our five highlights from Netflix's collection of Halloween favorites:

Halloween entertainment for the whole family:

Gothic directing icon Tim Burton is at his most Tim Burton in the stop-motion animated film Corpse Bride. The movie centers on bashful Victor (voiced by Johnny Depp), who is practicing wedding vows when a Corpse Bride (voiced by Helena Bonham Carter) rises from the dead and believes he is professing marriage to her. She then sucks him into the Land of the Dead and hijinks ensue.

Modern indie horror for those who want to push the limits:

Essie Davis stars as Amelia, a mother haunted by the sudden death of her husband and struggling to raise her son. Things take a turn for the worst when they read a book on the Babadook, a monstrous creature that lurks in dark shadows. When the Babadook manifests in their house, Amelia battles the monster and her own sanity.

Jaws may not be your traditional horror movie, but it can be just as scary as anything out there. A Great White shark begins to terrorize a small beach town, and a group of men gathers together in the hope of killing the creature. Even today, the film may still leave you uneasy when getting into the water.

For those who like humor in their Halloween fare:

Con artists plot take the iconic Addams family's wealth in this movie adaptation of the popular TV series. The film features an all star cast that includes Anjelica Huston as Morticia, Christopher Lloyd as Uncle Fester and a young Christina Ricci as Wednesday. It's creepy, kooky, spooky, and, well, altogether ooky.

For cinematic horror in its earliest stages:

If you want to see the true beginnings of horror at the movies, look no further than The Cabinet of Dr. Caligari. Francis (Friedrich Feher), his fiancee Jane (Lil Dagover) and his friend Alan (Hans Heinrich von Twardowski) experience true terror via the mysterious Dr. Caligari (Werner Krauss) and his somnambulist, Cesare (Conrad Veidt). It's a wonder such bold, horrifying filmmaking can still resonate almost 100 years later. 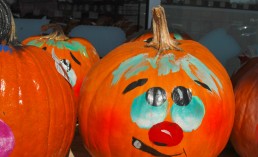 Halloween Deals 2016: Where To Find Free & Discounted Meals & Treats Without Any Tricks [PHOTO] 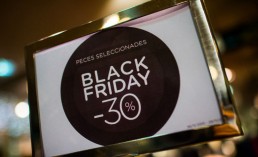 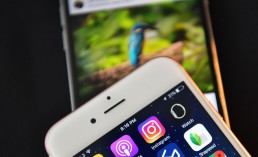 RIP Vine: Social Media Site Being Shut Down, So What's Next? [VIDEO]