How to get away with Murder Season 3 has promised to have more thrilling episodes capturing the events in the law school of Annalise Keating and her 5 loyal interns, as they collaborate in solving cases concerning their clients and most likely cases involving themselves. The episodes had been compelling as Annalise Keating was charged with arson and 1st degree murder, when her house burned and with one casualty, as police based the accusations on an anonymous source. As the events heat up, the "Keating 5" has different personal concerns that mix up with the present predicament.

Frank came back apologizing to Bonnie,Laurel and Annalise, his first stop was Bonnie as Entertainment Weekly gives a recap of last week's event. Annalise and Bonnie called Laurel to check on her and although Frank was flustered at that time, Laurel agreed to let him stay. Meanwhile, Wes was subpoenaed to show himself in attesting to Charles Mahoney's defense; with this Frank was given an assignment by Annalise to find out about Charles' alibi.

Now that Frank wants to be on the good side with Annalise, he will do anything which makes this week one of his weaknesses, with TV Fanatic describing him "that needs to be under that sheet." On this episode of "No More Blood", Frank may be taking his life just to apologize for everything that he did, good thing though that Laurel was able to tell it all to him to make him realize all his faults, but Annalise pushed him to the limits. Probably, just a plot by Annalise to show Frank that he is dispensable if ever he will her hitman again; but if Frank will eventually kill himself, it will be another question again on Annalise's authority.

There is also a brewing affair between Connor and Thomas, of which Oliver knows nothing about and will definitely break his heart. This infidelity by Connor on Oliver is something unforgivable and may have a significant effect on the show. With this, there is something to really look forward to as the truth is getting far from being discovered as How to get away with Murder reins the primetime on ABC. 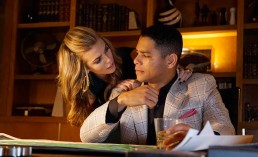 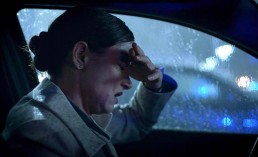 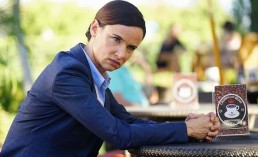