Spider-Man: Homecoming is another of Marvel Film to watch out for in 2017, with Thor: Ragnarok and Guardians of the Galaxy Vol. 2 in line. With this, castings were being wrapped and the actor's or actresses roles are now topics of speculations as fans can't help but guess who is which. One of them is Disney channel's Zendaya who is being rumored to portray Mary Jane Watson, the love interest of Spiderman.

Although there has been no confirmation from Zendaya or Spider-man's production on who will play as Mary Jane Watson, Zendaya offered some details of her role. In a recent report by Digital Spy, Zendaya described her character to be "unromantic, dry, awkward but an intellectual". She added that her role rarely talks to everybody thus thinks highly of herself; her character thinks and reads a lot.

Her statements may be misleading as director Jon Watts and on her call sheets referred Zendaya as "Michelle" according to /Film. But the singer/actress shove off the idea and even blames media/bloggers to misinterpret their names on call sheets when in fact it is randomly given to them on the set. However, other sources may think of other ways of interpreting Zendaya's role and lead it back to being Mary Jane Watson.

With director Jon Watts paralleling Spider-man's story to one of John Hughes' movie, "The Breakfast Club" was the first one in mind. And as Zendaya gives in the details, one cannot help but compare it to the awkward Allison who came out of her shell at the end of the story and became Andrew's love interest. If this is so, then Zendaya may only be misleading her role or maybe just another case of wrong interpretation.

Good thing, though, Tom Holland got the lead role as Spiderman when an Instagram post revealed his much-awaited character. Better just wait for the teaser trailer to clear things up with their roles as this is the best way to tell not all, but at least a few of it. 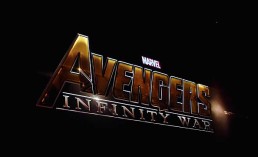