The Suicide Squad actress, Margot Robbie, and her long-time partner, Tom Ackerley, finally tied the knot after months of being engaged. The couple held an intimate and secret wedding in Robbie's native country, Australia.

The wedding was held with only close family and friends. While the couple just recently announced their secret celebration over the weekend, they really didn't mention just how unconventional it really was.

According to the Australian newspaper, Northern Star, the reception of the wedding was apparently quite unique as the couple provided guests with some of their favorite foods. The food that was served mainly revolved around Pizza and barbeque dishes, with the kicker being bowls of Coco Pops, or Coco Krispies in the United States, for dessert.

The couple even skipped the traditional wedding cake and instead offered guests bowls of milk and cream which was distributed around the venue. Guests were then encouraged to pour them over their Coco Pops.

Margot Robbie was reportedly wearing a beautiful cream, off the shoulder wedding gown, with her sister believed to be her maid of honor. She was given away to Ackerley by her mother, Sarie Kessler, during the wedding ceremony.

The wedding itself was attended by somewhere around 50 to 100 guests and was held at the Coorabell, a famous wedding venue, found near Byron Bay in New South Wales, Australia. The venue boasts an overall country theme and incorporates mahogany wood floorboards, rustic interiors, and ornate furniture which all together bring about an old-worldly charm.

The British assistant film director first met the now 26-year old Margot Robbie while both of them were working on the set of the World War 2 drama, Suite Française. The couple have been dating for over three years. They then announced their engagement earlier in the year, but declined to detail any of their wedding plans to fans. 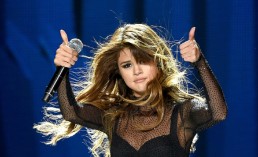 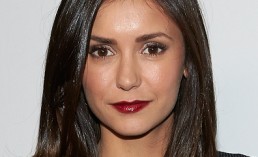