Warner Bros. Pictures has been continually revealing minor tidbits here and there for their upcoming superhero team-up movie, Justice League. This has resulted in quite the hype being built for movie's release this year.

So far, only the cast members and the overall theme have been revealed via the newly release trailer. However, not much is known about the actual events that will be taking place.

Now, a recent update on the movie's IMDB page seems to hint of a possible location that might be featured in the upcoming movie. A report from Batman News has pointed out the changes on the page which now lists several new roles under the cast credit section.

A couple of actors of Justice League involved in the movie have apparently updated their profiles in the page. It now shows roles such as "Lex Luthor's Guard," "Arkham Guard," and "Arkham Guard 2."

Based on the changes, it might be safe to assume that some portion of the movie will be taking place inside the infamous Arkham Asylum. This probably comes as no surprise to fans who were able to catch the uncut Ultimate Edition copy of Batman v Superman: Dawn of Justice.  A cut scene at the end of the movie showed Batman telling Luthor that he was going to have him transferred to Arkham Asylum.

Just a few weeks ago, Warner Bros. confirmed that Jesse Eisenberg was going to reprise his role as Lex Luthor in Justice League. Based on that and the new role changes on the IMDB page, it would be again safe to assume that a lot of significant scenes in the new movie might be taking place inside the infamous facility. Some fans are even speculating that movie goers might even get a glimpse of some Batman villains if they are lucky. 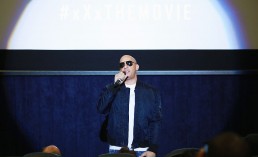