The world-renowned anime and multi-million dollar franchise, "Naruto: Shippuden" is set to end in a few months and the fans and followers of the said anime are getting mixed emotions with the upcoming finale. While some of the "Naruto: Shippuden" fans still can't seem to face the reality that the anime will be ending soon, it seems like the creator of the anime series, Masashi Kishimoto, already has plans for a new project.

Masashi Kishimoto addressed those concerns in an interview with Weekly Shonen Jump. "If the characters aren't similar, if they aren't a little clone-like, it can be hard to express who they are," he said.

The creator of "Naruto: Shippuden" further elaborated that there will really be similarities with archetypal characters in the field of manga. "Shikadai is a lot like his dad. And some of the new characters are a combination of their parents, like Cho-Cho," Masashi Kishimoto said.

While it will be impossible for fans not to compare "Naruto: Shippuden" and "Boruto" in terms of stories, characters and plot twists, Masashi Kishimoto has already reportedly braced himself for the comparisons. The pressure is already building up for "Boruto" to exceed or simply be at par with the popularity and success of "Naruto: Shippuden."

"As for a brand-new series, I don't worry about having to surpass Naruto. I never expected Naruto to become this popular, so I figure there's no point in worrying about that," Masashi Kishimoto said. "I can't forget about Naruto, but worrying about it accomplishes nothing. I just need to focus on whatever I'm working on next," he added. 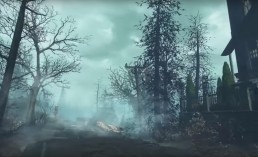 Bethesda Reportedly Ready To Close Doors For 'Fallout 4'; What To Expect In 'Fallout 5' 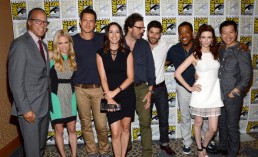 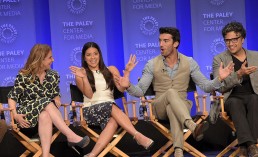