Chinese smartphone manufacturer OnePlus will be launching its next flagship OnePlus series this year. The Chinese tech firm will reportedly skip the OnePlus 4 and directly unveil the OnePlus 5. The flagship is expected to feature a ceramic body and be powered by a latest Qualcomm Snapdragon 835 processor. This year's edition of OnePlus is expected to be waterproof and will boast a 5.5 inch Quad HD AMOLED display.

There have not been many talks about the next 'flagship killer' from OnePlus "officially" but the promise of featuring a latest Qualcomm Snapdragon chipset and an even bigger RAM has got OnePlus enthusiasts excited. The OnePlus 5, OnePlus 4 is said to be powered by the Snapdragon 835 SoC and is likely to have 6GB RAM with 64GB internal memory. The rumored device is expected to run on the Android 7.0 Nougat and also likely to be seen as early as April 2017, according to News18.

OnePlus 5, OnePlus 4 is rumored to be available in five colors variants including gold, white, black, ceramic and blue. If you are wondering why OnePlus is skipping OnePlus 4 and launching the 5th edition directly, then you should know that in China number four is considered unlucky.

Meanwhile, OnePlus 5, OnePlus 4 is rumored to be aimed at competing with Samsung Galaxy S8. With that, the flagship is expected to have a tough battle with other flagship smartphones like HTC M11, as per the Android Headlines .

OnePlus 5, OnePlus 4 will be having the big 4,000 mAh battery with an internal storage of 64GB. However, the device will be having two variants - the 128GB and the 64GB for its storage capacity, which is reported to be expanded up to 256GB via MicroSD card. OnePlus 5 will also be having a Dash Charge support for quicker charging.

The upcoming OnePlus 5, OnePlus 4 is guaranteeing to provide the best camera features by coming with a 23MP rear camera and 8 MP front-facing camera. The upcoming OnePlus 5 might also have D-touch facilities that will be coupled with a fingerprint sensor and quick charging. OnePlus is said to launch the flagship smartphone anytime this year. 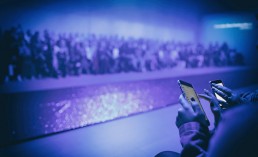 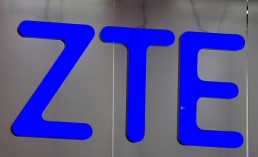