It looks like fans won't miss the vampire world that much as "The Originals" Season 4 will be quickly released a week after "The Vampire Diaries" Season 8 ends. In fact, The CW now drops new teaser photos of the "TVD" spinoff giving a glimpse of what viewers are about to see in its premiere episode.

The promotional snaps are from the first episode of "The Originals" Season 4, TV Line reported. Here, fans will see Klaus (Joseph Morgan) and Marcel (Charles Michael Davis) in a tense scene.

In fact, in the pictures from the set of "The Originals" Season 4, Marcel is seen holding a curved blade. In another photo, Klaus is caught sitting on the ground as the role of Charles Michael Davis' hostage.

There is also a snap where Marcel and Klaus are seen eyeing each other while the latter is in chains. Aside from the two, "The Originals" Season 4 teaser photos showed Hayley (Phoebe Tonkin) sitting at the bar. Lastly, she, too, is spotted with Keelin as they seem seriously talking.

Moreover, "The Originals" Season 4 will be featuring a five-year time jump, Just Jared Jr. noted. "On the fifth anniversary of Klaus' defeat, Marcel is king of the city and welcomes the un-sired vampires to New Orleans," the official synopsis read.

However, these vampires have posed a threat to Marcel's rule unintentionally, thus the new king gets the support of an "unlikely source." Hayley, on the other hand, is about to find the cure to revive Elijah (Daniel Gillies) and the Mikaelsons in "The Originals" Season 4.

Hayley, too, has to make a hard decision to surpass the final part of her task. The first episode of "The Originals" Season 4 is set to be released on March 17 on Freeform after "The Vampire Diaries" Season 8 officially bid its final goodbye. 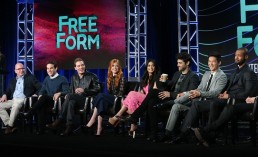 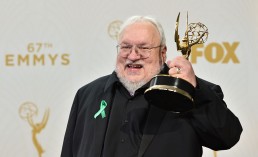 ‘The Winds of Winter’ Update: ‘A Song of Ice and Fire’ 6th Novel Might be Released on George R.R. Martin’s 70th Birthday 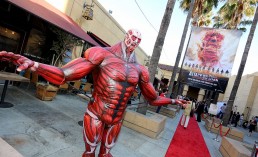