Debbie was one of the most memorable characters in Survivor: Kaoh Rong. From her comments about her dozens of jobs to her hilarious confessionals, Debbie was part of what made the season so great until her boot episode, coming in ninth place.

The 51-year-old began Survivor: Kaoh Rong on the Brains tribe, where she developed a bond with fellow older hard worker Joe del Campo. Liz Markham and Peter Baggenstos soon emerged as wannabe masterminds of the tribe and tried to pit Debbie and Joe against Aubry Bracco and Neal Gottlieb (who also formed a bond) against each other. Their schemes were found out as Debbie turned the tide against Peter and Liz and helped orchestrate Liz's demise.

Debbie coasted through the rest of pre-merge without having to go to Tribal Council. At the merge she joined a women's alliance with Aubry, Cydney Gillon, Michele Fitzgerald and Julia Sokolowski (plus Joe) and voted out Nick Maiorano. But the tide shifted for Debbie when it became clear that she couldn't be trusted, and her allies turned against her at the Final 9. Debbie would ultimately vote for Michele to win the game over Aubry and Tai Trang.

Considering it's only been a year, it's difficult to imagine Debbie has changed too much at this point, but heading into Game Changers, but she believes she is now better at seeing things through other people's perceptions.

"For all the magic and mystery in playing 'Survivor,' I'm more patently aware of how people can see and hear the exact same event/conversation and have widely different opinions/reactions/interpretations of said event," she says in her CBS bio. "I'm making a concerted effort to view situations through other people's minds and eyes."

Debbie wants to build relationships on the island and be communicative with everyone.

"Attempt to reach out to as many people as possible while still maintaining sincerity and decency. I know we are just playing a game, but attachments happen, and feelings really do get bruised," she says, of what she'll do differently this time. "If I'm going to lie, I hope not to be too much of a wanker about it. Keep the lines of communication open to all and try not to let slights, injustices, real or imagined, get to me." 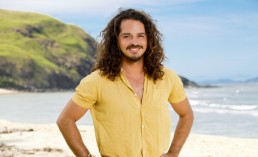 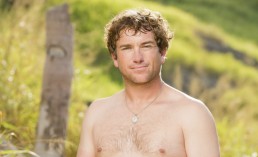