Lady Gaga is giving back to the community and opening up like never before.

Gaga recently visited the Ali Forney Center in Harlem, an organization that helps struggling LGBTQ youths. The Today Show filmed the pop star's visit to the center, which involved her giving gifts, performing and speaking kind words to the kids.

"These children are not just homeless or in need. Many of them are trauma survivors. They've been rejected in some type of way," Gaga explained to Today. "My own trauma in my life has helped me to understand the trauma of others."

Gaga was raped at the age of 19, before she became the global superstar she is today. She kept the horrific incident hidden for several years - finally opening up about it two years ago.

"I told the kids today, 'I suffer from PTSD.' I've never told anyone that before. So here we are," Gaga admitted to Today. "But the kindness that's shown to me by doctors as well as my family, and my friends, it's really saved my life."

Gaga's visit to the youth center is part of Today and NBC Universal's #ShareKindness campaign, a nationwide effort to inspire kindness in others. The musician told the kids at the center about not necessarily having the same struggles but still relating to them on an emotional level.

"I don't have the same kind of issues that you have, but I have a mental illness and I struggle with that every day so I need my mantra to help keep me relaxed," she said.

She told Today: "I am no better than any of those kids. And I'm no worse than any of them. We are equal. We both walk our two feet on the same earth. And we're in this together."

To get involved with the #ShareKindness campaign, go to the hashtag of the same name on Twitter or the website here. 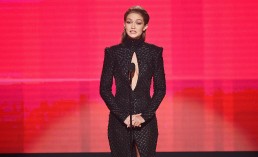 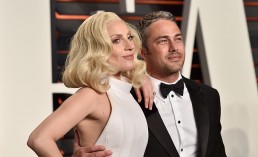 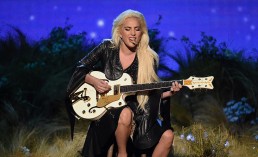