"Tangled: The Series" has been renewed for another season on Disney Channel. Mandy Moore and Zachary Levi are returning to reprise their roles in the TV version of the 2010 hit film "Tangled."

TV Line reported that Disney announced the second season of "Tangled: The Series" on Feb. 15. Prior to the second season's premiere, Disney Channel will first broadcast the original Tangled movie that was released in 2010. It will air on March 10.

"Tangled: The Series" will still feature Rapunzel but her leading man's name has been changed from Flynn Rider to Eugene. Mainly, the long-haired protagonist will be shown as she adjusts to her new life in the kingdom of Corona with her parents and native dwellers.

Although Flynn's name is now Eugene, Zachary Levi said that he will still be someone who is kind of Flynn. Moreover, the "Tangled: The Series" plot is centered on Rapunzel getting to know her parents and being close to them eventually. She will also be overwhelmed with her new role as a princess since it entails a lot of responsibilities.

E! News further mentioned that while Rapunzel loves really Eugene, she does not want to get married yet and settle inside the castle. She expressed her desire to live her life to the fullest, and according to her own terms. Thus, in the upcoming "Tangled: The Series," she embarked on an adventure journey that only she and Cassandra know about.

Along their way, they run into mystical rocks that caused Rapunzel's hair to grow back to its unusual long length. What's more, here hair is now Impossible to break and cannot be concealed so Rapunzel does not have a choice but to accept her hair and the fate that it will bring her.

Aside from the lead stars - Mandy Moore and Zachary Levi - "Tangled: The Series" will also have Julie Bowen, Eden Espinosa, and Jeremy Jordan. Comedian Jeff Ross, Richard Kind, Jeffrey Tambor, M.C. Gainey and Paul F. Tompkins are reprising their roles from the original movie as well.

"Tangled: The Series" has been set for worldwide premiere on March 24 at 7:30 p.m. via Disney Channel. The show was created by Sonnenburg and Shane Prigmore with the former also serving as its executive producer and director. 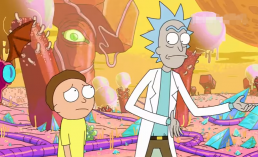 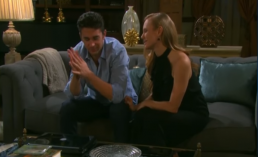 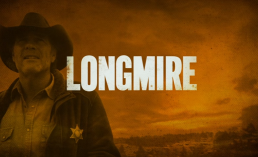