The former Million Dollar Listing New York Star Luis D. Ortiz plans to head towards France. His plans direct of shifting from New York to the European city Paris. This comes after his announcement of discontinuing from reality TV Series.

Luis D. Ortiz began his career in real estate selling rentals followed by adjoining Bravo's Million Dollar Listing New York from season 2 in 2012.  The series evolved around three real estate agents, Fredrik Eklund, Ryan Serhant and Luis D. Ortiz as they represent the sellers of properties in the five boroughs of New York City. As mentioned in Reality Tea, Luis D. Ortiz announced about his walk away from Real Estate and TV Series Million Dollar Listing New York in 2016. He also reported that he wants to be on television in some capacity. He acknowledged that he came to New York for being a film director but then he realized he can be a good actor when he was placed in front of the camera.

As reported in Bravo TV, everyone was already surprised from Million Dollar Listing New York Star Luis D. Ortiz retirement decision of last year. And now his announcement of moving towards Paris from NYC has left everyone astonished. He shared this news of big move on Instagram in January. Ortiz wrote that he will be moving to Paris on March 1st. He acknowledged that he has never been to the city before. The people won't believe that the human who has traveled so much has never been to Paris but then that is the real truth. He said New York had been always amazing to me; he learned about Business, life and more importantly about himself. He mentioned that he has already started his preparations for the City Of Art and Love. When his Manager interrupted and warned him regarding his measures of earnings, Ortiz replied that he has worked this hard to earn the ability to keep on moving ahead. He exclaimed that he is Happyholic and this makes him the most beautiful and most alive person on this earth.

Talking about his earlier life, Luis D. Ortiz moved to New York to study film direction at New York Film Academy where he completed his Director's Program. It is been reported that Luis D. Ortiz was born and grown up in Guaynabo, Puerto Rico and he along with his twin brother left their home confronting that they felt uncomfortable and were suffocated by something. They also left a note for their parents explaining that if they don't do this now then how will understand whether the step taken to elope was going to work or not.

The two major decisions or announcements that Luis D. Ortiz made states that for him to live life to the fullest is the major goal in life. He was at the peak of his career yet he left that fame. The earlier episodes of his life also state that he always stepped as he wished for the attainment of his wishes and dreams. Let's hope the former Million Dollar Listing New York Star begins an awesome life gain in Paris. 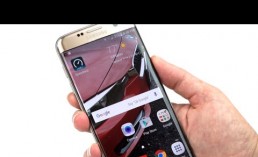 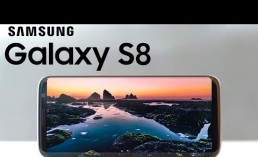