"Game of Thrones" (GOT) producers confirmed the cameo appearance of singer Ed Sheeran in Season 7 of the popular television series. GOT creators Dan Weiss and David Benioff confirmed the report in an interview during the SXSW film festival held in Texas. They tried to book him in the past but succeeded only now.

Ed Sheeran himself confirmed his cameo role in "Game of Thrones" through Tweeter. Neither Sheeran nor the television series creators, however, hinted on what role the "Thinking Out Loud" singer would play in the series. GOT producers reportedly booked Sheeran to surprise Maisie Williams who was the singer's big fan.

News of Ed Sheeran's stint in the "Game of Thrones" thrilled many fans even if equally popular musicians got featured in the past episodes of GOT, according to BBC. Those previously featured in the hit television series included Coldplay, Sigur Ros and Of Monsters and Men. These musicians actually performed in their respective episodes, but there is now confirmation of Sheeran will do the same.

A "Game of Thrones" Season 7 teaser has been aired in the United States, a few months ahead of the July 17 schedule for the return of the HBO hit's next season. Season 7 of GOT with Ed Sheeran in a cameo role will have seven episodes. Several directors will handle the different episodes including Alan Taylor, Matt Shakman, Mark Mylod and Jeremy Podeswa.

"Game of Thrones" Season 7 spoilers were posted online as early as last year, according to Telegraph. The posts hinted on the cameo appearance of a surprise celebrity, and this was later revealed as no other than Ed Sheeran. The "Lego House" singer previously acted "The Bastard Executioner" so this is definitely not a first time for him.

The changing weather is expected to play a significant role in the screenplay of "The Game of Throne." Broadcast of the television series will be moved later this year to allow them to do filming during winter time. Fans of the series will find winter and Ed Sheeran a good combination for television viewing. 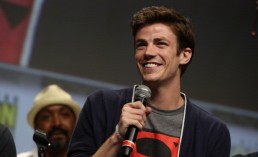 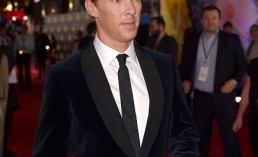