Jessica Simpson's younger sister is set to take the music stage again. Apparently, the "Pieces Of Me" singer will return with an album this 2017 with the help of her husband, Evan Ross. After a long hiatus, fans couldn't help but get excited to listen to her new songs, especially after she spent eight years hiding from the limelight.

The last time people heard about Ashlee Simpson and her album entitled "Bittersweet World" was in 2008. After that, nobody heard about the "Outta My Head" singer. However, as US Weekly cited, she will return as a music artist in collaboration with "According To Greta" actor for her new music. Apparently, the lovely couple is working for her new album before 2016 ends.

Simpson and Ross were excited about the release of their album, telling that it will be "soulful and fun." However, the "Catch Me When I Fall" singer revealed that she and her husband will work on their individual plans after she launches her comeback album. She also mentioned about producing an album on her own sooner.

Billboard reported that Ashlee Simpson was expected to release her comeback album in 2012, however, the "Boyfriend" singer was taken aback when her last autonomously produced album, "Bat For a Heart," has only reached a minimal number of sales. Although the other album in 2008 was different, Simpson's still failed to get a lot of sales. This led her to put back her attention to her family.

Meanwhile, it seems like Ashlee Simpson is not the only one who's going to kiss the music scene again. Apparently, her sister Jessica Simpson will release her new album this 2017 and they can't help but express their excitement to get back to the music industry. But the question is, will fans see the two Simpsons perform on stage, together? 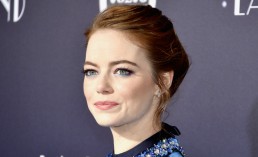 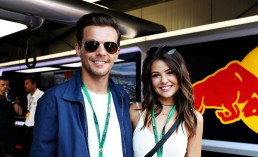 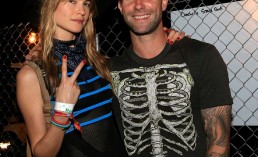