Survivor: Game Changers featured a very polarizing twist Wednesday night, and host Jeff Probst is now revealing his own feelings on the matter.

Wednesday night's episode of Survivor: Game Changers included a special Tribal Council twist. Firstly, only one of the three tribes would win Immunity and second, the two tribes going to Tribal Council would only be voting one person out.

After Tavua won Immunity, the Nuku and Mana tribes were left scrambling to figure out a strategy for targeting someone on the other tribe. Mana's Sandra Diaz-Twine brought up targeting Nuku's Sierra Dawn Thomas because she would be least likely to pull out a Hidden Immunity Idol, while the Mana tribe weighed their options of targeting Sandra or Malcolm Freberg.

In the end, Tai Trang used his Hidden Immunity Idol on Sierra and the rest of the Mana tribe voted out Malcolm, making him the fourth person eliminated from the game. Many Survivor fans were upset to see such a fan favorite character leave so soon, and especially in such a random, unpredictable fashion. So what does Probst have to say about the twist and its end result?

The host spoke with Entertainment Weekly after the episode about how production came up with the twist and why they reserved it for Game Changers.

"We just start throwing out ideas and the list begins. For 'Game Changers', our mantra was, give them lots of opportunities to play. So this twist was a good one because it had two prongs to it. The first twist sucks you into thinking you know what it is and you never see the second one coming," he said.

Probst went on to explain that the "results were insane," with both groups huddling and coming up with gameplans on the spot at Tribal Council, ending in a strong player like Malcolm being voted out. "People are playing very aggressive and with one goal: WIN. If you are a player, you better be tracking the game and how it is evolving because I assure you most of the other players are and you do not want to be left behind."

Re-live the madness below: 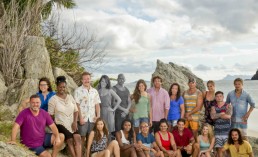 'Survivor: Game Changers' Cast: Who Is Your Winner Pick For Season 34? [POLL, VIDEO] 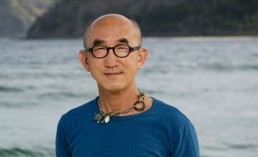