Tai Trang is prepared to correct some of his mistakes in the upcoming Survivor: Game Changers.

Tai emerged as a favorite in the Survivor fanbase (including Sia) in Survivor: Kaoh Rong, for his kind-hearted nature and general likability. He made it all the way to the end of the game and despite being a big, fan favorite character, he received zero votes from the jury.

So why did this happen and what can Tai do to change it? The 52-year-old gardener started off on the Beauty tribe and bonded with the girls and Caleb Reynolds, though he was very obvious in his strategic scheming while looking for the Hidden Immunity Idol. It was clear from early on that despite his sunny disposition and passion for life, he was also willing to do what he had to do to win that $1 million.

Heading into the merge he bonded with Scot Pollard and Kyle Jason, despite some of the women like Aubry Bracco wanting to get him on their side. Amid Scott and Jason's tormenting of their fellow tribemates, Aubry appealed to Tai's emotional side and helped sway him over to the girl's side. Tai's most memorable moment of the season came when he refused to play his Idol to save Scot, blindsiding him and Jason. Tai struggled emotionally with the cruelty of the game throughout the post-merge and by the time he got to Final Tribal Council with Aubry and Michele Fitzgerald, he was unable to fully explain his decisions and was perceived as irrational in his moves. He received zero votes in the end, with Michele beating both him and Aubry.

Now, Tai has studied Survivor: Kaoh Rong and knows what he did wrong, so he is hoping to strike a better balance of making personal relationships and being more confident in his gameplay.

"After playing and watching my season unfold, I am more aware and appreciative of how complex Survivor is. I see my pitfalls and how I can improve. It's a delicate balance of being true to oneself and developing trust and friendships, while at the same time knowing who I think I can beat at the end," he says in his CBS bio.

"I need to be more flexible and fluid in this ever-changing game of strategy, focusing on the bigger picture of winning the game rather than personal friendships," he says, of how he'll play differently. "Most of all, I would like to be myself, take risks, and have fun hanging with all these big Survivor legends." 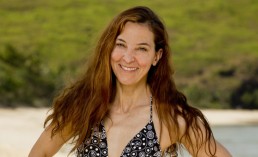 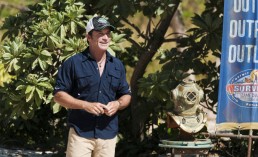 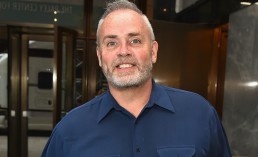