"Arrow" now has something different to offer in the fifth season, particularly for the protagonist. Some spoilers may be indicated ahead for the seventeenth episode, entitled "Kapiushon," focused on the struggling Green Arrow.

According to TV Line, the "Kapiushon" episode of "Arrow" greatly addresses to the more mortal side of Oliver Queen (Stephen Amell) as he is held captive by Adrian Chase (Josh Segarra), otherwise known as Prometheus or Simon Morrison. In the clip, Queen is chained to the ground with Chase wringing what seemed to be a "secret" that Oliver keeps dearly.

Soon enough, Queen is shown some objects that look to be Chase's leverage in making Oliver squeal, like Felicity's (Emily Bett Rickards) glasses, and his son William's photo. Oliver breaks down and says that he does not know what Chase wants him to say, tearing up profusely. More than that, Chase summons Evelyn Sharp (Madison McLaughlin), bruised and battered, telling the "Arrow" alter ego that he should kill her or Chase himself will.

Naturally, Oliver said no, but Evelyn snags a knife that Chase dropped behind, with Oliver taking it from her in the attempt to break his tying. Sadly, Chase comes back and kills off Evelyn, persuading Oliver to spill his secret that he so carefully looks to keep. Chase starts off by saying that Oliver's list of people to slay is just a front, and finally, Oliver admits that he simply wants the thrill of the kill. From there, Chase burns Oliver's Bratva tattoo and frees him to return to his lair. Oliver then announces that he quits the brigade and will shut it down.

"Arrow," as per Den of Geek, seems to deliver quite the quality in the said episode. Drama, mixed with suspense moments and intense emotions, made up the perfect reveal for one of Oliver's supposed biggest secrets. Lastly, Evelyn was revealed to have not been dead, but instead part of Chase' plan. 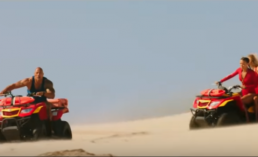 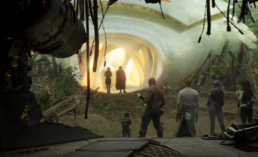 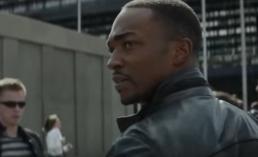