With Abby Lee Miller quitting "Dance Moms" Season 7, fans are expecting Chloe Lukasiak to be back on the reality dance show. Cheryl Burke is also expected to shift things around Lifetime's program when she takes over the role as a coach.

In 2014, viewers saw Chloe Lukasiak quit "Dance Moms" after being in conflict with Abby Lee Miller. But now that the former instructor has resigned herself, will the 15-year-old dancing star come back on "Dance Moms" Season 7? According to Seventeen, the answer might be a yes.

Cheryl Burke has been sharing photos of scenes behind "Dance Moms" Season 7 where Chloe Lukasiak is very much visible. There was a picture of her holding hands with other dancers likeCamryn Bridges, Kelani Hilliker, Nia Sioux, and Kendall Vertes. The caption of the photo reads "stronger together."

There is official announcement yet of Chloe Lukasiak's return to "Dance Moms" Season 7, but the Instagram posts of other dancers seem to say it all. The posts of the casts were all full of Chloe goodness and everyone seems happy with their new coach.

Cheryl Burke is a professional dancer who caught the attention of the fans during the competition series "Dancing with the Stars." According to People, she was reported to have begun filming for "Dance Moms" Season 7 just days after Abby Lee Miller quit on the show through her Instagram post.

On the same social media, the 32-year-old dance pro posts an image of herself inside a dance studio. It was captioned "Do I like what I see? We got this." It also has a hashtag of "dance moms" and "winners never quit." "Dance Moms" Season 7 has no official return date yet since it aired its latest episode on Feb 21. 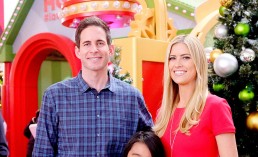 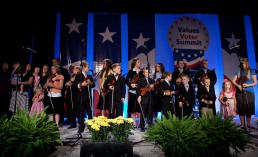