Kate Middleton and Meghan Markle's alleged feud has been circulating as the "Suits" actress relationship with Prince Harry becomes more intimate. Pippa Middleton's wedding is one of the most anticipated events for the followers of the royal family. Fans are curious to know if Prince Harry's girlfriend will attend the family gathering.

While there are rumors that Meghan Markle is not invited to Pippa Middleton's wedding, persons concerned has still to comment. The alleged Kate Middleton and Meghan Markle's feud have sparked more rumors that the actress will not attend the joyous event in spite of Prince Harry's clamor.

Last year, some fans were also curious if the alleged Middleton and Meghan Markle's feud will stop Prince Harry and his girlfriend from spending the Christmas together. The tradition usually happens at the Sandringham House in Norfolk where almost all royal family members get together. The Telegraph reports that Kate Middleton and Prince William, and their children Prince George and Princess Charlotte, did not join the royal Christmas celebration last year.

Meghan Markle has been reported to be handling the media attention very well. Recently, Meghan Markle was invited to be a counselor at the yearly One Young World summit together with other world leaders and humanitarians according to a report by News.com.au. This is something Princess Diana is well known for. With this latest news, some followers speculate that the alleged Kate Middleton and Meghan Markle's feud is growing. Is Prince Harry's girlfriend trying to be the next Princess Diana?

Meghan Markle has been one of the 1,300 leaders who attended the summit in Ottawa to discuss various campaigns and life changing work. Do you think Prince Harry's girlfriend is trying to be the next Princess Diana? What would Kate Middleton say about it? Tell us what you think and stay tuned to Enstarz for the latest news and update on the royal family. 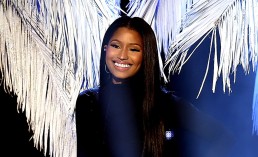 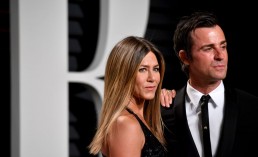