The popular city building simulator "Sim City"-inspired game from Colossal Order and Tantalus Media, "Cities: Skylines," is now coming to Xbox One. Fans who are on the platform can expect the title to become available for purchase later this month. And as a surprise, it comes with one of the downloadable contents (DLC) for the game as a pre-installed feature.

The "Cities: Skylines" Xbox One version is going to be available on the platform starting April 21, according to GameSpot. This port will include the first expansion of the game, "After Dark," as a freebie. It adds new features to the game like a day/night cycle, nightlife, access to new transportation systems and tourist attractions. Fans can buy the version for US$ 40, £35 and AU $70.

While the news about "Cities: Skylines" will come with "After Dark" DLC as free may sound exciting, the subsequent DLCs are unfortunately not included. The report said, "Snowfall" and "Natural Disasters" are coming to the Xbox One platform separately. No official word yet on when it will be released or event its price.

The "Cities: Skylines" Xbox One is apparently not the only release that fans should look for in the coming future. A new DLC pack is also being developed by the developer and it is called "Mass Transit." According to game publisher Paradox Interactive, this new expansion will expand the transit options for the players by adding ferries, blimps, cable cars, and monorails. Watch the preview trailer below to see some of the contents that can be expected in the DLC.

Unfortunately, no official word yet coming from Paradox Interactive and Colossal Order as to when "Mass Transit" DLC will come out for "Cities: Skylines." But some reports believe it will be released on PC first before anywhere else. More news about this matter should surface in the coming weeks or months. 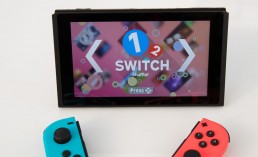 Nintendo Switch & NES Classic Edition: Best Buy Has Run Out Of Supplies For New-Gen Console Just Day One Of Release 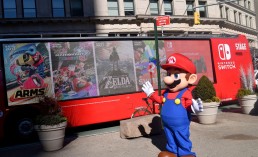 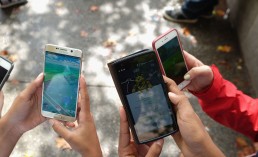 ‘Pokemon Go’ Cheat App PokeHuntr Is The Best Monster Tracker Tool To Use In March 2017?