The first round matchup between the Eastern Conference's second seed, Cleveland Cavaliers, and seventh-seed Indiana Pacers continued on Monday during their NBA Playoffs Game 2.

During the early minutes of the first half, both the Cavs and the Pacers were exchanging shots, ending the first and second quarters with a closed score of 63-58 Cleveland lead. On the third quarter, Pacers' head coach Nate McMillan decided to put Stephenson in the rotation, in which he was assigned to guard Cavalier's power forward, Kevin Love. Love scored a straight 10-0 run against the Pacers during the rotation, where 6 of them being the free throw attempts obtained from three straight fouls on Stephenson.

According to ESPN, Paul George advised Stephenson about learning to control himself more during the game. Aside from this, he told him that an improvement on his body language and control of emotions for Stephenson is necessary the next time they're playing the Cavs. George further mentioned about his teammate's competitiveness and how this will result towards great play by the Pacers on the court.

Coach McMillan called out the Pacers' lack of defense in the third quarter, which he thinks resulted to the Cavaliers taking over the game. Kevin Love and Cavs' point guard, Kyrie Irving, were the two players dominant in the quarter, which gave Cleveland an 18-point differential on the quarter's final minutes. The Pacers tried to catch up during the fourth quarter, cutting the lead down to six, but lost in the end by the score of 117-111. 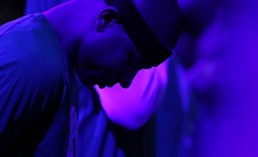 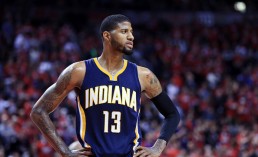