Game publisher Activision has revealed some of the much-awaited details for its upcoming franchise installment from developer Sledgehammer, "Call of Duty: WWII."

Fans who are excited for "Call of Duty: WWII" will have to wait a bit longer as the franchise installment isn't due to come out on the PC, Xbox One and PlayStation 4 until Nov. 3, 2017. According to PC Gamer, those who will pre-order the title will get to have a chance to give it a try during its closed multiplayer beta, which will come out first on the PS4 platform before the expected release date.

Enthusiasts who will attend the upcoming Electronic Entertainment Expo (E3 2017) this June will also get to try the multiplayer mode of "Call of Duty: WWII" for free.

In terms of single-player, GameSpot has reported that the story of the campaign will follow the United States 1st Infantry Division. Players - most of the missions in the campaign mode - will take play the role of a young Private Red Daniels. However, it was noted that there is a mission in "Call of Duty: WWII" that places the players in the role of a female soldier fighting in the French resistance.

Unfortunately, Sledgehammer has yet to release any official word regarding the co-op mode in "Call of Duty: WWII." However, it was hinted out that it will have something to do with zombies and "an entirely new story" with "pretty horrifying experience" involving the Third Reich's attempt to "create an army in the final stages of the war."

As for the pre-order bonuses and pricing, the base edition - digital or physical copy - is going to be priced at $59. The Digital Deluxe Edition and the Pro Edition will carry the same price tag of $100, as reported by IGN. Both Editions will come with a free Season Pass but the latter, Pro, is essentially a physical version of the deluxe that comes with a collectible SteelBook case. 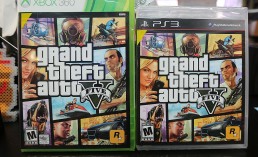