It seems like there's lots of drama going on for Adrienne Bailon, the latest concerning an actress who called her out, but it might be safe to say The Real talk show co-host is simply unbothered.

She was spotted enjoying time away from the United States with her husband, gospel singer Israel Houghton, for his birthday in Punta Cana recently. The two are sad to have spent some time enjoying the sites and partaking in a few activities from going to the spa, taking a boat ride, playing mini golf, and more. Word is they spent about $5,000 for their six night stay, according to TMZ. Take a look at the photos here.

This comes after Bailon and actress Monique had a couple of very public moments that could be the beginning stages of a feud.

It started when Bailon responded to Monique's comments against Oprah Winfrey, Lee Daniels, and Tyler Perry.

It didn't take long for Monique to come back with a message for Bailon of her own.

See what she had to say on Twitter below.

@theGrio @AdrienneBailon @AdrienneBailon we await your reply sister. This is Mo'Nique. I hope I'm not being to loud for you. Lol. — Mo'Nique Worldwide (@moworldwide) May 24, 2017 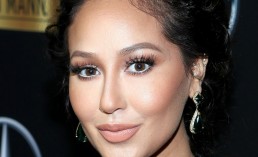 'The Real' Cast: Adrienne Bailon After Being Accused of Sleeping With Kanye West 'Meanwhile...' [VIDEO] 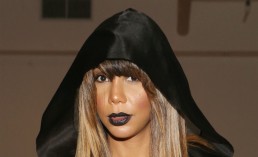 'The Real' Cast: Tamar Braxton Unfollows Her Friends After They Appear On The Show? [VIDEO]