Soon fans and viewers of ABC's Bachelor In Paradise will be able to see for themselves footage of DeMario Jackson and Corinne Olympios.

This comes after speculation that the network would not be playing the controversial footage, even after Jackson's requests.

However, it looks like he'll be somewhat getting what he wants as both he and Olympios will make an appearance on the upcoming fourth season.

Jackson gave a detailed account of his version of what happened to E! News on Tuesday.

Interestingly enough, he said he was first attracted to Alexis Waters, another contestant on the show, before he met Olympios just a few hours later.

She ended up being the one that he would hook up with in what he described as "one of the wildest nights of my life."

Next thing he knew, he was asked to leave the show.

He said he didn't know why but ended up rerunning everything that went on in his head.

Then, producers on the set filed misconduct complaints and the show stopped filming while Warner Bros. went into investigation mode.

Jackson said that while he has been cleared of the charges and filming has resumed, he still has questions of his own.

He said he now prefers to focus on his personal life instead of returning to the show.

"This whole experience has been really humbling because you don't know the impact you make on people's lives until people put their life on hold for you."

He added that he faced lots of scrutiny on social media amid the investigation. Check out the interview below. 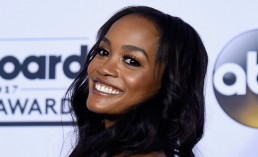