Selena Gomez is reportedly concerned about her upcoming 25th birthday.

As she continues to focus on her new music while enjoying a romance with fellow singer The Weeknd, a source claims the “Same Old Love” singer is dreading her July 22 birthday because she’s allegedly starting to feel old.

“She really can’t believe that she is turning 25,” an insider told Hollywood Life on July 19. “She continues to joke about being too old. And every one of her friends knows she is mostly joking, but also believes she really thinks 25 is actually old. They have been brushing those thoughts away and keep telling her she’s crazy and that she is in the prime of her life, looks amazing and that she should enjoy it to the fullest. And she is.”

Just this year, Gomez has released two new songs, “Bad Liar” and “Fetish,” and traveled the world with her boyfriend, who is currently in the midst of his “Starboy: Legend of the Fall World Tour.”

“She is totally looking forward to her birthday, but sometimes can’t believe she has reached what she calls a ‘milestone birthday,’” the source continued. “Every time a birthday comes around she always looks to her mom. Her mom was so young when she had Selena and had to become an adult so early in life and Selena feels that she has so much more to prove and learn herself and she wants to become the perfect adult and person she sees her mother as, she just thought she would do it before she was 25. So the has a little to do with her thinking that 25 is supposedly an old age.”

While Gomez will likely want to be with her boyfriend on her birthday, it is hard to say whether or not she will travel to Paris to be with him and her latest social media post appeared to be taken in Los Angeles.

For more on Selena Gomez and The Weeknd, check out the video below. 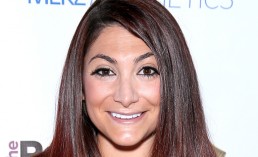